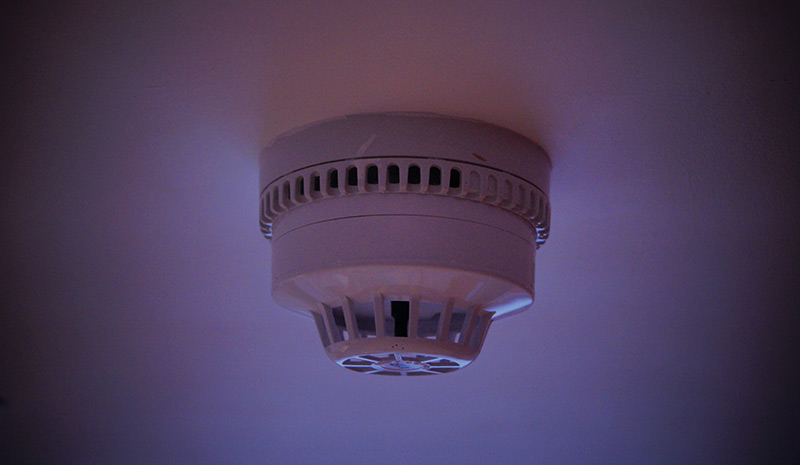 Fire detection systems can take many forms and variations within different systems and may seem quite complicated to non-trained or unfamiliar persons.

In the first instance, it is recommended to take advice from a fully accredited fire alarm supplier when designing or installing a fire detection system. These experts have the knowledge, training and skill to design a fire alarm detection system, which will work correctly to protect lives or your property, whichever is the ultimate aim.

This report summarises fire alarm systems which conform to BS5839: 2017- Part 1. These are mains powered systems with battery back- up facilities to power the alarm system, including the sounders in the event of mains power failure.

The power supply for these systems consists of a mains power (240v) supply into the main Fire Alarm control panel, which powers and controls the system. The 240v AC is transformed down to 24v DC to power the system. It also provides a trickle feed to charge the standby batteries to keep these batteries fully charged and maintained. 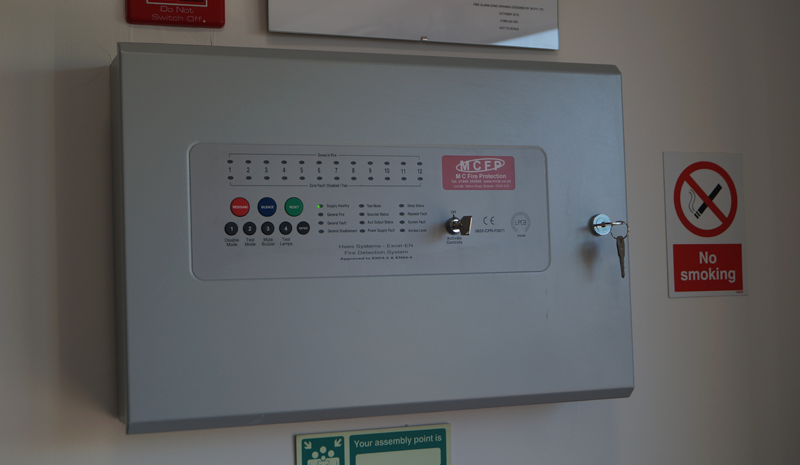 These systems and their supporting devices listed below, can either be conventional (non-addressable) or can be addressable and are available as optical, ionisation, CO2 and multisensory (combined smoke and heat or combined CO/heat).

The analogue addressable systems are wired differently as each device has its address which will display on the control panel electronic display. This is helpful to identify which device/room/area is in fire or fault display. The analogue addressable systems may become very sophisticated in large sites, and they are controlled by software and programming via a laptop computer.

Some manufacturers use closed protocol systems, where the manufacturer has their licensed software to control and programme their panels. They do not allow independent fire engineers to use their software so that they can manage their systems and their pricing structure. An open protocol system allows independent, trained, competent fire engineers to programme and add to or reduce the system at the owner’s convenience and usually at more favourable, competitive prices. The fire detection devices can be manually operated or automatically operated.

A manual detector consists of a manual call point which is fixed to the wall and hard wired (or wirelessly) connected to a control panel/unit. When the glass or plastic screen is pressed, this activates the system and raises the fire alarm systems. The automatic options are many and summarised below: 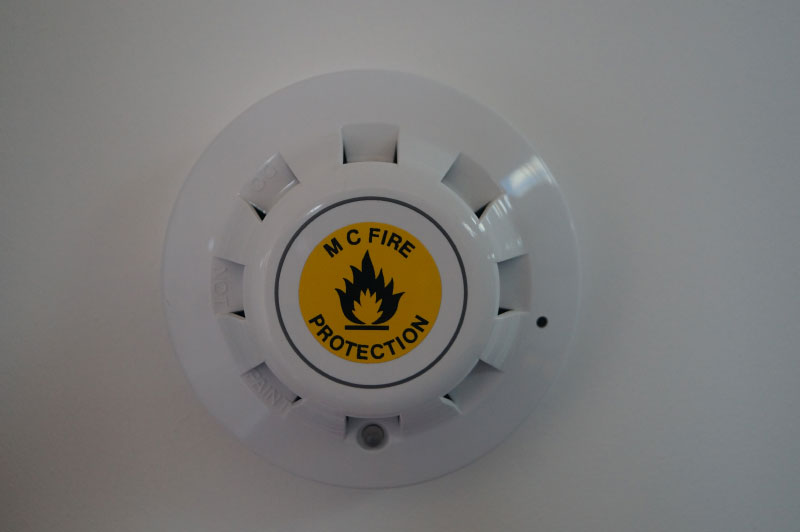 There are two main types of smoke detector, which can be:

They are designed differently to identify different types of fire and smoke produced by the fire.

Optical Smoke detectors are widely used and are the most popular. They use an infrared light, which simply bounces onto a back plate. If smoke interrupts, the beam, the detector is switched (activated). They are less sensitive to fast burning fires, e.g. plastic, fuel, electric fittings etc.

Ionisation smoke detectors use a tiny source of radiation to detect smoke. They are sensitive to small particles of smoke, so best used on wood/ paper type fires. Because of the radiation-contaminated components, these are more complicated to dispose of environmentally.

These smoke detectors can either be conventional (non-addressable) or can be addressable and are available as optical, ionisation, CO2 and multisensory (combined smoke and heat or combined CO/heat). 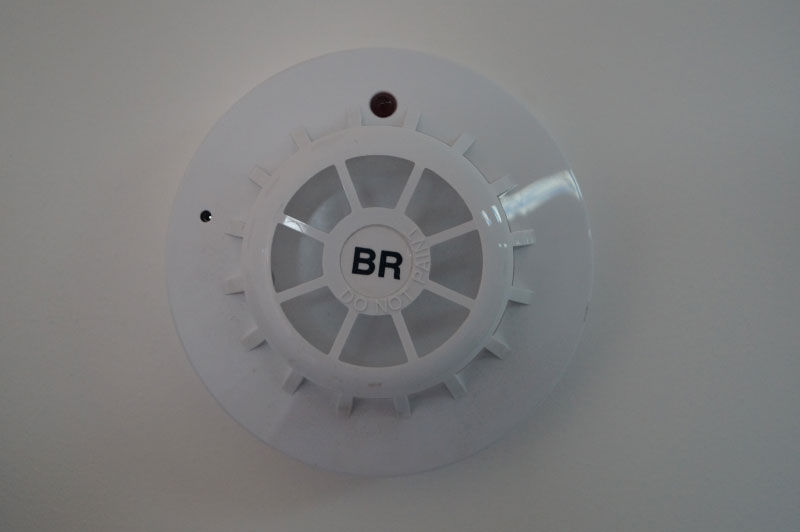 An optical beam smoke detector is a device that uses a projected beam of light to detect smoke across large areas. They are often used in large buildings/warehouse units to identify smoke caused by fire. They are used to detect fires in buildings where conventional point smoke detectors would either be uneconomical or restricted for use, by the height of the building.

The beam of light can project across buildings of up to 100 metres long. A common problem is that when this beam of light is broken by bird flight, for example, this will trigger the fire alarm as a false alarm. For large buildings, the walls have to be solid so that they don’t move around too much in extreme weather or heat. This will interrupt the focus of the beam bouncing back to the controller causing a fault or alarm situation. For this reason consideration of false alarms has to be considered before installation.

An aspirating smoke detection system is based around a central detection control unit, whose pump continually draws air through a series of fixed, small plastic pipes. Aspirating smoke detectors use discrete sampling pipes with multiple holes. An electric fan unit draws air through the pipes from the protected area. The air is filtered, which removes any contaminants or dust to avoid false alarms before the highly sensitive detection unit processes it.

As the air moves through the control unit sampling chamber, the detection unit uses a laser-based light source to measure the amount of light that is scattered (or reflected) by smoke particles in the chamber.

Aspirating smoke detectors are highly sensitive and can detect smoke even before it is visible to the human eye. This provides a very early warning of a fire, prompting an early investigation of fire when it can be better dealt with.

Flame detectors are suited to cover distant fire detection. They have the capability to cover large areas using a small number of devices. The detectors are available to monitor either ultraviolet or infra-red (or a combination of both) flame emissions to provide fast, effective, fire detection, with excellent false alarm immunity.

Electronics are located within explosion proof housings inside the detectors, making flame detectors suitable for installation and use in hazardous areas. Detectors can also be supplied in stainless steel housings for marine or off-shore applications.

Linear heat detection cable works as a fixed rate heat detector which operates at a set temperature. The cable works by having an inner insulation sheath that degrades (melts) when it gets hot. This causes the two conductors to short together, at which point this effectively acts as a switch.

One advantage of this cable fire detection system is that it is relatively maintenance free, although routine visible inspection of the cable is required to check for mechanical damage. The cables are designed to operate at temperatures typically between 680℃ to 2400℃.

At MCFP we have more than 15 years of experience with all types of fire alarm detection systems. On top of that, we offer free on-site visits & quotes. Start working with us today.

Through our high standards of service and delivery, MCFP has earned an enviable reputation with business owners, architects, engineers and contractors in almost every type of commercial, industrial and institutional facility. 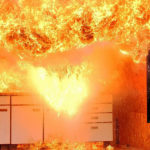 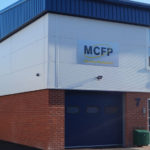